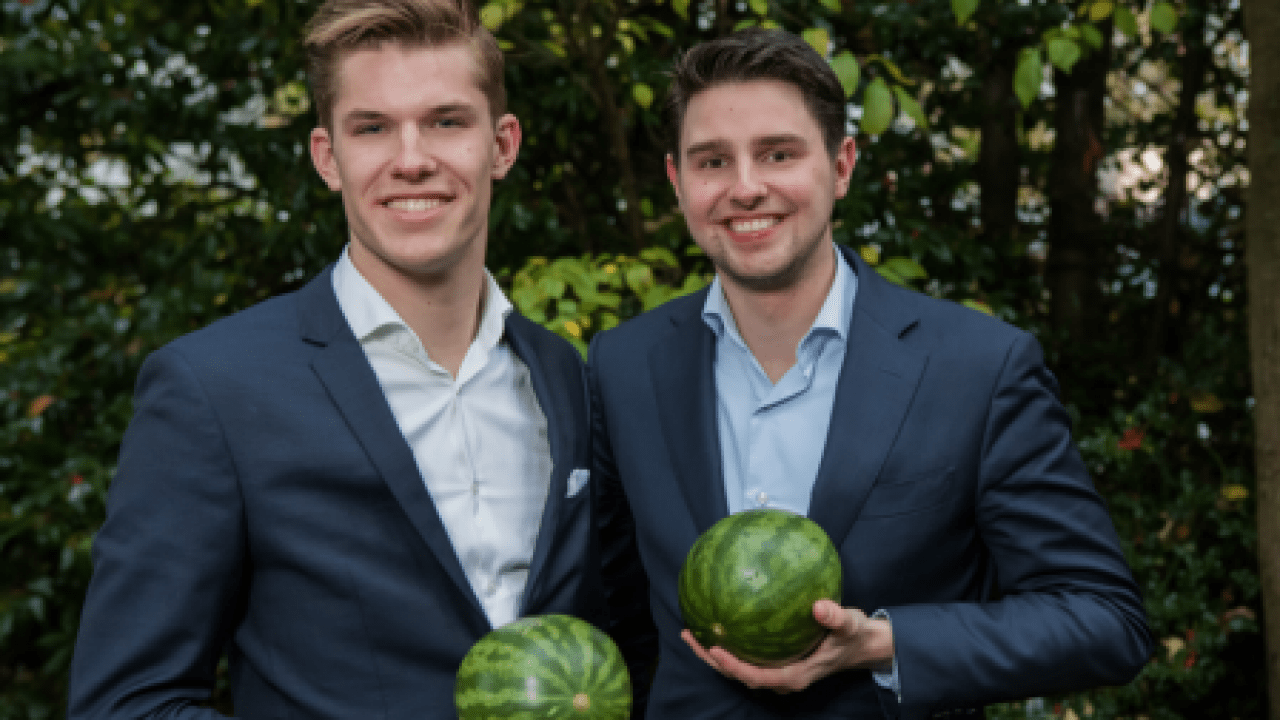 Always get your customer service questions answered immediately: it sounds almost too good to be true, but soon it can be. Voted 2016’s most promising young entrepreneurs, Alexander Wijninga and Charl Haas are set to launch their innovative customer service platform Watermelon Messenger on February 1st. Using artificial intelligence, their aim is to reinvent the world of customer service.

It is not the first time the two young entrepreneurs turn their efforts to customer service. In 2015, Watermelon was launched as a corporate tool for using WhatsApp as a customer service platform. Demand was high, and organisations like the Dutch tax authority, Randstad and Heineken soon started using Watermelon. This success did not go unnoticed by WhatsApp. The messaging service demanded Watermelon take their product off the market, which led to bankruptcy in July 2016.

All Communications from One Platform

Despite their setback, Wijninga and Haas remained convinced of their vision of creating a more accessible customer service. Shortly after filing for bankruptcy they started developing Watermelon Messenger. This new tool lets businesses communicate through Facebook Messenger, Telegram, chat and e-mail from one clear and easy-to-use dashboard. At a later date, Skype, Line, Twitter, Instagram, WeChat and – as soon as an official API becomes available – WhatsApp are also to be added to the list.

The Future of Customer Service

What makes Watermelon Messenger unique is its use of chatbot technology. An automated representative is not only capable of replying to customers’ messages more quickly, it can also handle hundreds of questions simultaneously. This gives regular customer service workers more time to talk to customers who do need the help of a human representative. This could permanently solve the issue of reply times. In the last half of 2016, Watermelon has already built several artificial intelligence chatbots for major Dutch companies like Randstad, De Zaak and UWV (Dutch Employed Person’s Insurance Administration Agency).

The beta version of Watermelon Messenger will be available for free (freemium) use from 1 February. You can already create your account at watermelon.nl/en.

Watermelon’s HR Manager Mariëlle and Head of Customer Success Denise have both worked at Watermelon for over a year. They’ve navigated the turbulent waters of life at a startup and are still more motivated than ever. We checked in with them to see how they got started, and why they continue to invest in growing with Team Watermelon.

KPN chooses Watermelon as a partner in the world of chatbot technology. Watermelon has a customer-central software that enables you to build your own chatbot without needing to code. Besides that Watermelon uses personal Customer Success managers to provide their customers with the right guidance where needed. These reasons made a compelling case for KPN, that is why landed with the choice for Watermelon.

A day with… Joris

Joris is the strategist behind Watermelon’s marketing. If you’ve ever seen an ad from us online, you can probably thank Joris. Curious to find out more about his creative and analytical ways of working? Read this edition of A day with… Joris!